There are a number of names and terms that are used to describe autism, such as Asperger's Syndrome, autism spectrum disorder (ASD) or autism spectrum condition (ASC). Some professionals may also refer to autism by different names, such as classic autism or Kanner autism, pervasive developmental disorder (PDD) or high-functioning autism (HFA). Autism Hampshire uses the term autism. The word "spectrum" is used because individuals can be affected in such different ways. While all people with autism share certain difficulties, their condition will affect them in different ways. Some autistic people are able to live relatively independent lives, but others may have accompanying learning disabilities and need a lifetime of specialist support. Autistic people may also experience over or under-sensitivity to sounds, touch, tastes, smells, light or colours.

Asperger's Syndrome is a diagnosis that is given to autistic people who did not have delayed speech development as a child.

Autism is often known as "the hidden disability" as it may not be immediately apparent. Autism is the only disability that has ever had its own parliamentary act - The Autism Act 2009.

Autism is also much more common than most people think. There are over half a million autistic people in the UK - that's around 1 in 100 people.

How do autistic people see the world?

Autistic people have said that the world, to them, is a mass of people, places and events, which they struggle to make sense of, and which can cause them considerable anxiety.

In particular, understanding and relating to other people, and taking part in everyday family and social life may be harder for them. Other people appear to know, intuitively, how to communicate and interact with each other, and some autistic people may wonder why they are 'different'.

There are autistic people from all nationalities, cultures, religion and social backgrounds. It appears to affect more men than women and is a lifelong condition. 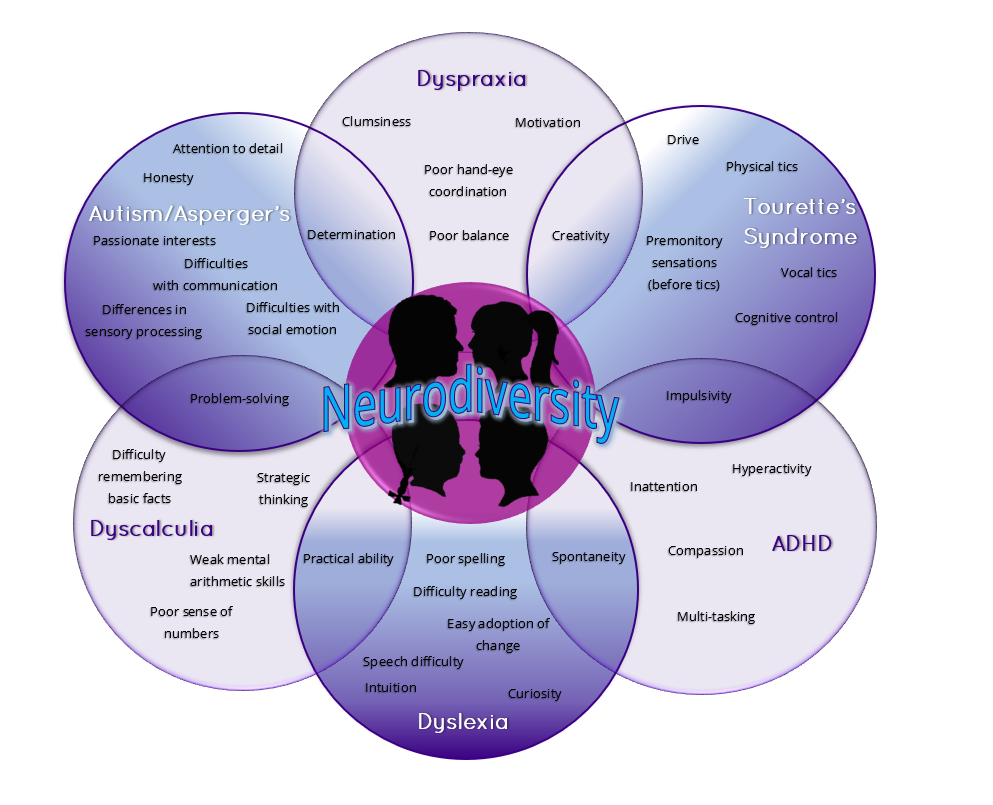 The characteristics of autism will affect each person in very different ways. It is essential to understand each person's autism individually. Autistic people can have other conditional health problems alongside their autism.

Characteristics of Autism (also known as the triad of impairments)

Language and communication: difficulties in recognising and understanding verbal and non-verbal language, such as gestures, facial expressions and tone of voice.

Social Emotion: difficulties with recognising and understanding other people's feelings and managing their own.

The exact cause of autism is still being investigated. However, research suggests that a combination of factors - genetic and environmental - may account for changes in brain development.

Autism is not caused by a person's upbringing, their social circumstances and is not the fault of the individual with the condition.

A diagnosis is the formal identification of autism, usually by a health professional such as a paediatrician or a psychiatrist. Having a diagnosis is helpful for two reasons:

GPs can refer a person to a specialist who is able to make a diagnosis. Many people are diagnosed as children; their parents and carers can ask GPs for a referral.

Although there is no test for autism, the Autism Quotient is used as part of the diagnostic process. For those over 18, this can be completed online here.

It can also be helpful to have completed the AQ-10 when seeing a doctor about a referral. A score of 6 or above is seen as grounds to refer for diagnosis. There are three different versions:

Is there a cure?

Autism is not an illness or a disease, that needs 'curing', but a condition that causes differences in communication, social emotion, and sensory processing. However, there are a range of interventions - methods of enabling learning and development - which people may find to be helpful to reduce anxiety.

ASD in adults: diagnosis and management

Guidelines issued in June 2012 by NICE (www.nice.org.uk/CG142) aim to improve services and care offered to autistic people and Primary care has a vital role to play in this respect. Implementation of the NICE guidelines is an important start in helping autistic people who often have poor social health and employment outcomes.

Statistically, autism affects more males than females, but the reasons for this remain unclear. It may be that males are inherently more likely to have autism, or that the way autism presents itself in females makes it less easy to diagnose, or perhaps both are true.